This is the story of a fictional family similar to many of the real families that NSVI serves at its international service sites. The names Abdi and Ada were taken from an account of a real Kenyan family, but the life circumstances are those of real patients served regularly by NSVI. The point is to emphasize that NSVI provides care that PREVENTS poverty and hunger by preventing the unintended pregnancies that render available resources inadequate. 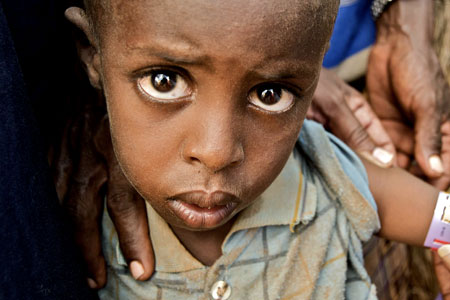 Four-year-old Abdi lives a life of hunger and uncertainty. His father Ada works long days as a tuk-tuk driver … 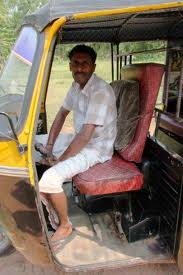 … for just a few shillings per day, not enough to adequately feed his seven children. Vasectomy is not available in Ada’s community, and if it were, even one day out of work to have and recover from his vasectomy would leave him without the funds to provide for his family that evening. If vasectomy with income replacement had been available after the birth of Abdi’s 3 older siblings, or before the birth of Abdi’s 3 younger siblings, Ada’s income would have been adequate to feed 3 or 4 children. Now he has to work every evening because his wife must stay at home. So he has no time to help her, nor time to enjoy his children with parental play and school-work assistance.

With 7 children, Ada is faced with the cruel reality that all of his children must now do without adequate nutrition, not to mention shoes and books. While Abdi and his siblings cope with hunger, Ada must cope with feelings of inadequacy and low self-esteem, all of which might never have occurred if vasectomy with income compensation had been available to him 4 or 5 years ago. 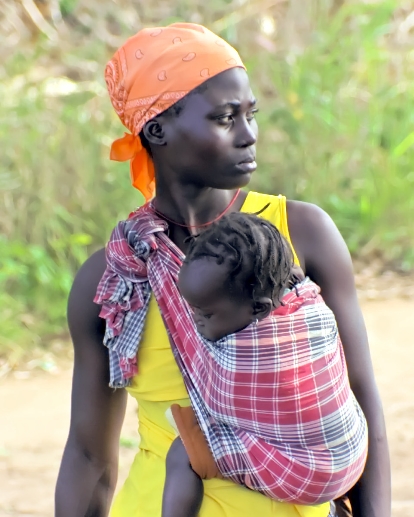 Ada’s wife Jinna had gotten pregnant with Abdi while taking birth control pills, so she tried Depo shots when they were available from the local government clinic, but she had breakthrough bleeding. The clinic nurse had told her about something called an “IUD“, but supplies at the clinic had run out, and Jinna became pregnant with her 5th child while waiting for new supplies. While breast-feeding that child, she thought she was “safe” because her first period after childbirth had not arrived, but she became pregnant again.

Ada and Jinna had hoped for some assistance from charity groups, but with the world-wide economic downturn, the assistance is just not there.

A vasectomy 4 or 5 years ago could have prevented this family crisis, and it can still prevent the worsening that would happen if Jinna becomes pregnant again, especially if she does not survive the next pregnancy and childbirth, as is the case with many poor women who have already had many children.

NSVI is dedicated to preventing this story from happening time and again in many poor families world-wide. By offering free vasectomy with income replacement, NSVI does not just treat social problems. NSVI PREVENTS hunger, malnutrition, poverty, and the uncertainty and parental low self-esteem that ensues.

NSVI empowers men to control their family size so that they are able to adequately nurture just the number of children that their income can support. By empowering dads through the life-long gift of vasectomy, NSVI hopes to PREVENT the hunger and poverty that other support services have never been able to eliminate. 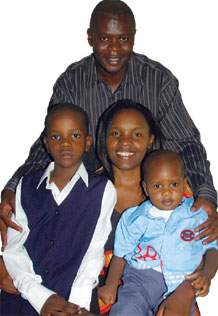