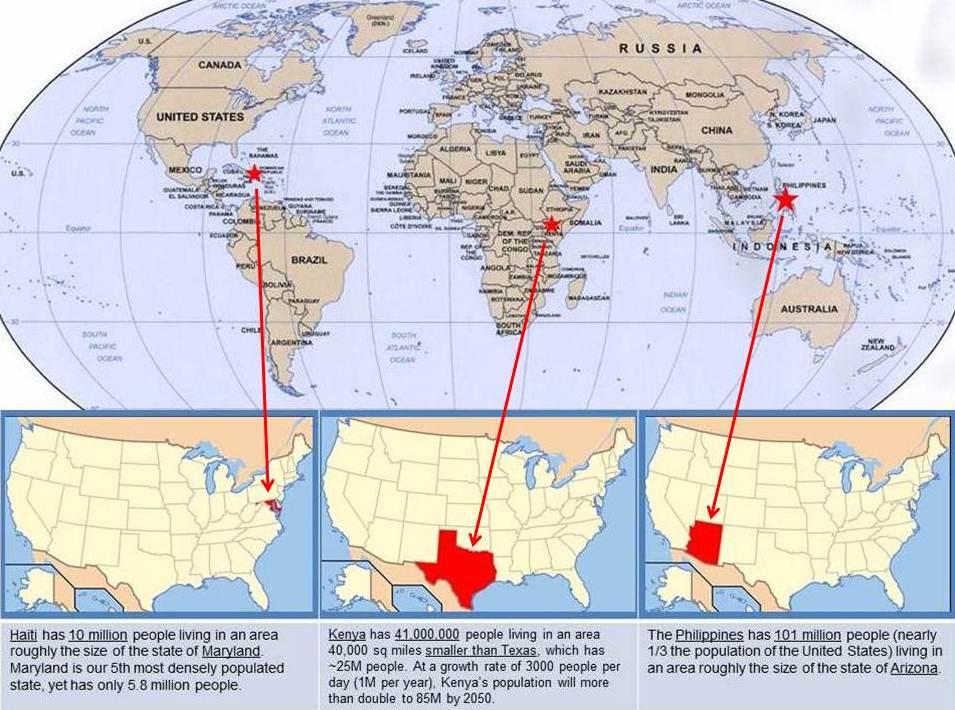 While they are on opposite sides of the globe, the Philippines and Haiti have much in common:

Kenya is not an island nation and its current population density is only 69 persons per sq km, but its rate of population growth (1 million per year) is one of the highest in the world and a threat to the magnificent wildlife that not only shares this area of East Africa but also attracts the tourist dollars that help support the Kenyan economy.

Vasectomy is the best option for persons who have had as many children as they need to feel fulfilled. It is a very quick, safe, and virtually painless procedure that is more effective than any other form of long-term contraception. For many reasons, initial acceptance of vasectomy in many male-dominated developing nations is low. But acceptance rises as the benefits of vasectomy become more obvious, that is, as vasectomy becomes more popular. One way to raise initial acceptance is through reimbursement for lost wages and transportation costs. Many men in these poorer countries live from day to day, and lost income can mean no food for that day. After many trips to the Philippines, 4 missions to Haiti and one mission to Kenya, NSVI staff firmly convinced that removal of these financial disincentives is the only practical way to promote vasectomy and to thereby curb population growth in these developing nations. Only when population growth is controlled will these societies be able to keep up with the needs of their impoverished masses and provide a better quality of life for all of their citizens.